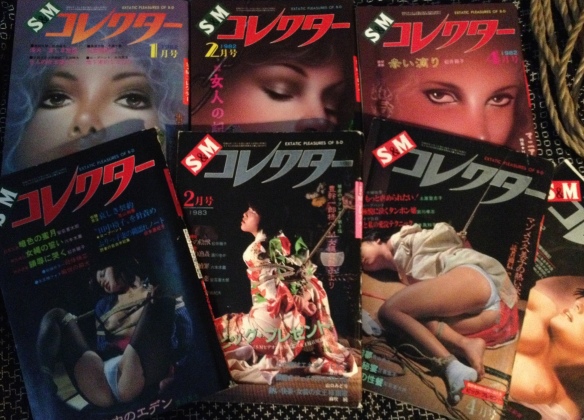 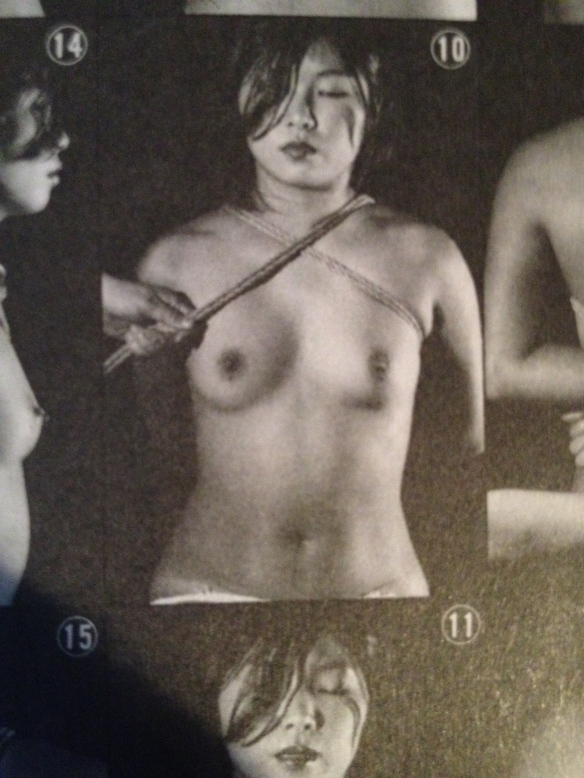 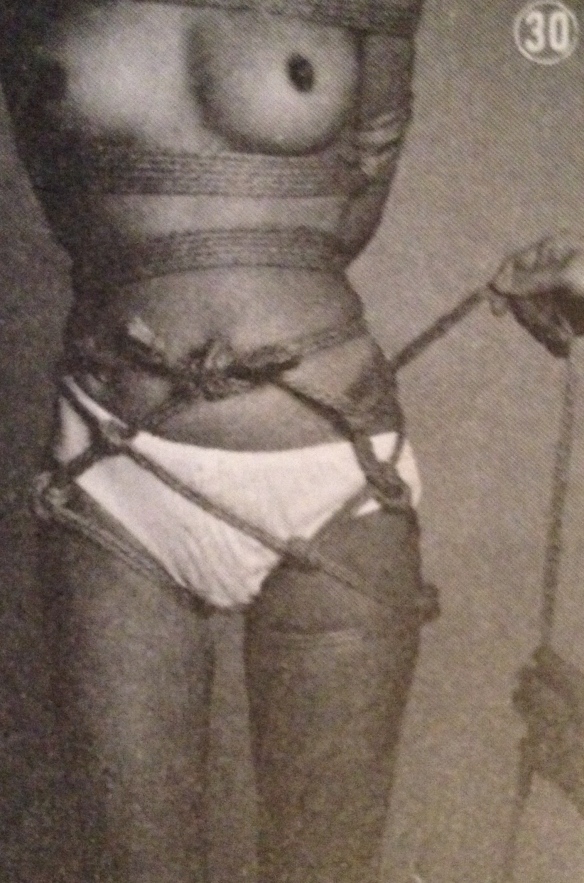 Nureki Chimuo made many tutorial projects, both in print and on video. In 1982 and 1983, he contributed to a series of issues of the magazine S&M Collector (SMコレクター) under the name ”Yutaka Kanichiro” (豊幹一郎). This series is especially interesting as it is quite early in Nureki’s work as a professional bakushi. Although active in the world of SM and kinbaku since many years, especially as a writer and an editor, in the early 1980s Nureki takes over many of the tasks of tying for magazines from his older friend Minomura, who had fallen ill at this time. The year 1982 also marks Nureki’s very first appearances in SM videos.