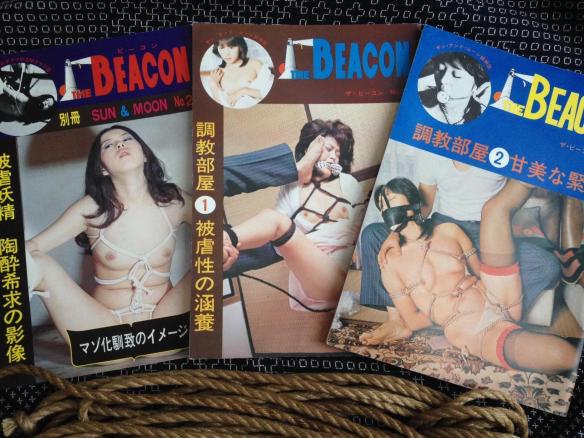 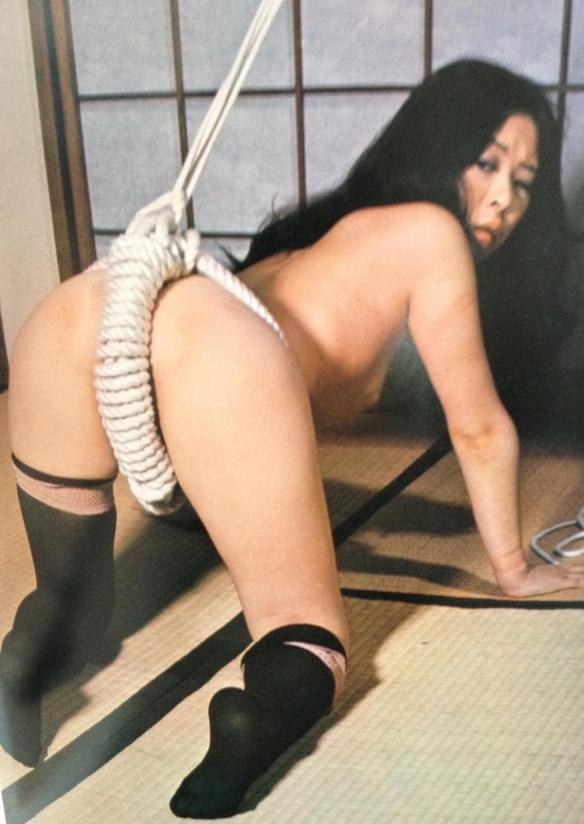 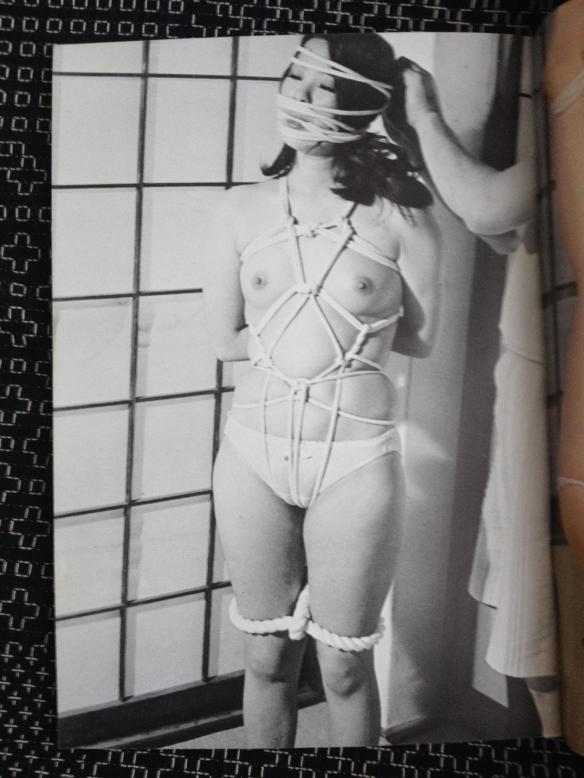 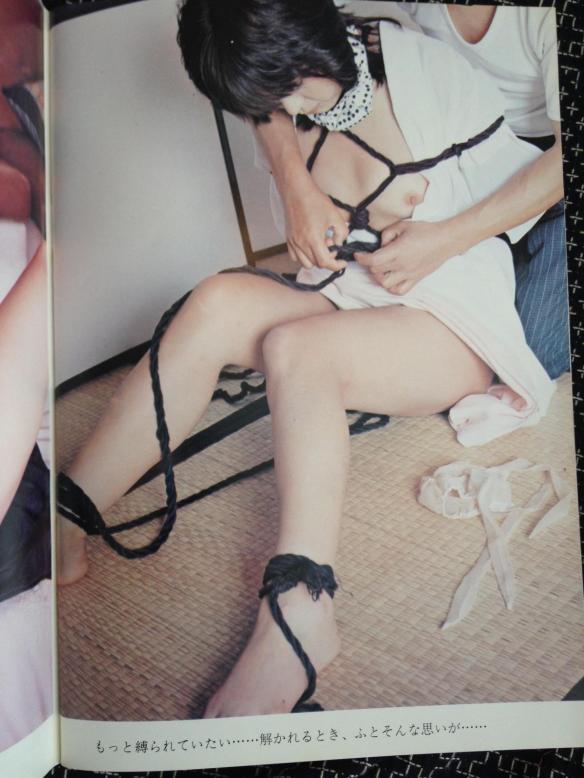 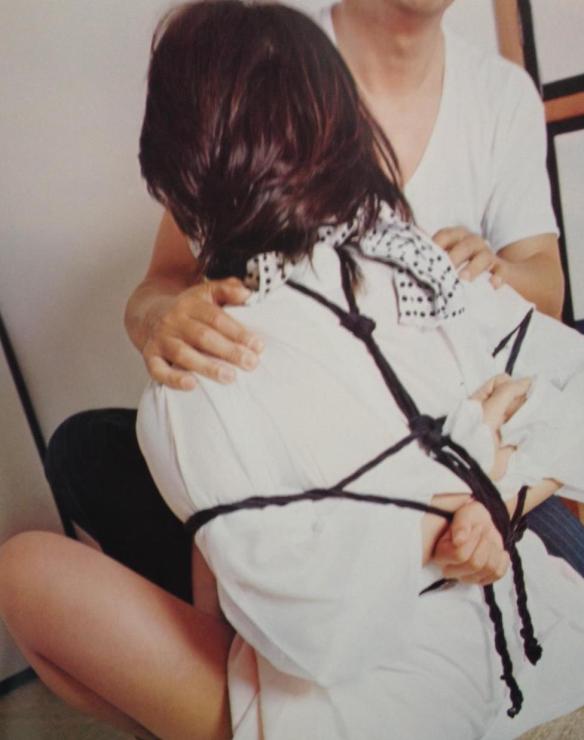 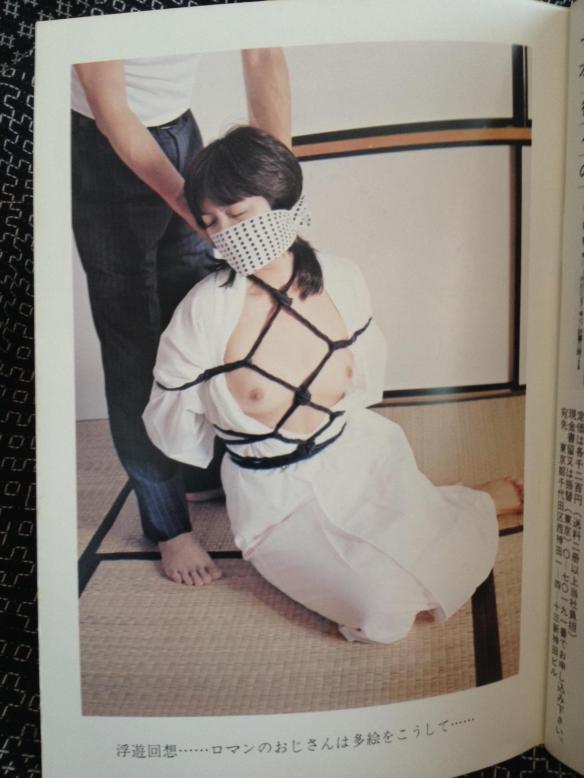 ”The Beacon” was a photo-magazine published only in a few issues (indeed maybe only these three). Most probably 1977–1978.

I am not sure, but to my eye, it seems it contains rope-work both by Urado Hiroshi (the images where white cotton rope is used above), and by Yamamoto Issho (山本一章 , my proposal of identifying the tying person wearing the blue striped pants).

Yamamoto (born 1927) is a historically interesting bakushi that we may well be returning to on this blog. In an interview with Akechi Denki from 2005, Osada Steve asks:

”Are you completely self-taught? Did you learn rope from someone?

No one taught me. But I did become friends with Tsujimura Takashi, whose work appeared in Kitan Club in those days, and his friend Yamamoto Issho. They were based in Kansai (Osaka) but we would meet when we could and practice bondage together, and lend each other our partners.” (Source: http://www.tokyobound.com/blog/?p=114 )

(Mixed, some white cotton rope, some golden rope, probably both Urado and Yamamoto)