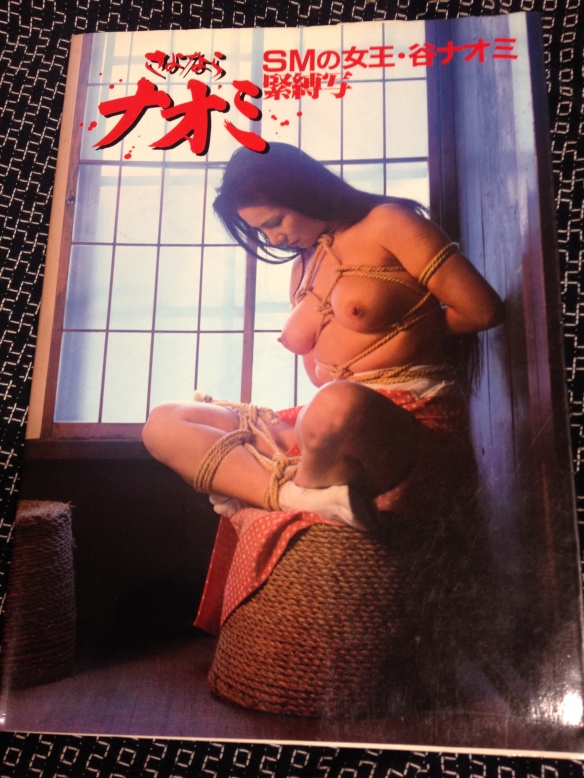 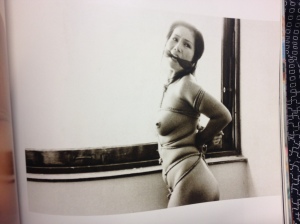 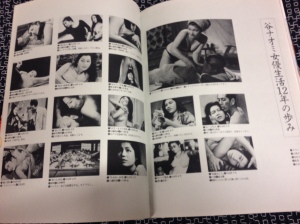 In 1979, the actress Naomi Tani unexpectedly decided to retire at the height of her career. The same year, she released a record with her voice – and also this beautiful photo book, with photos – some of them film stills, and a concluding listing of some of  her appearances in  “pink” movies involving rope.
In order not to change the focus of this blog from Japanese kinbaku photo-books, I will not enter a discourse about her movies, just mention that a few of them are available with English subtitles here: http://japaneiga.free.fr/pinku.html